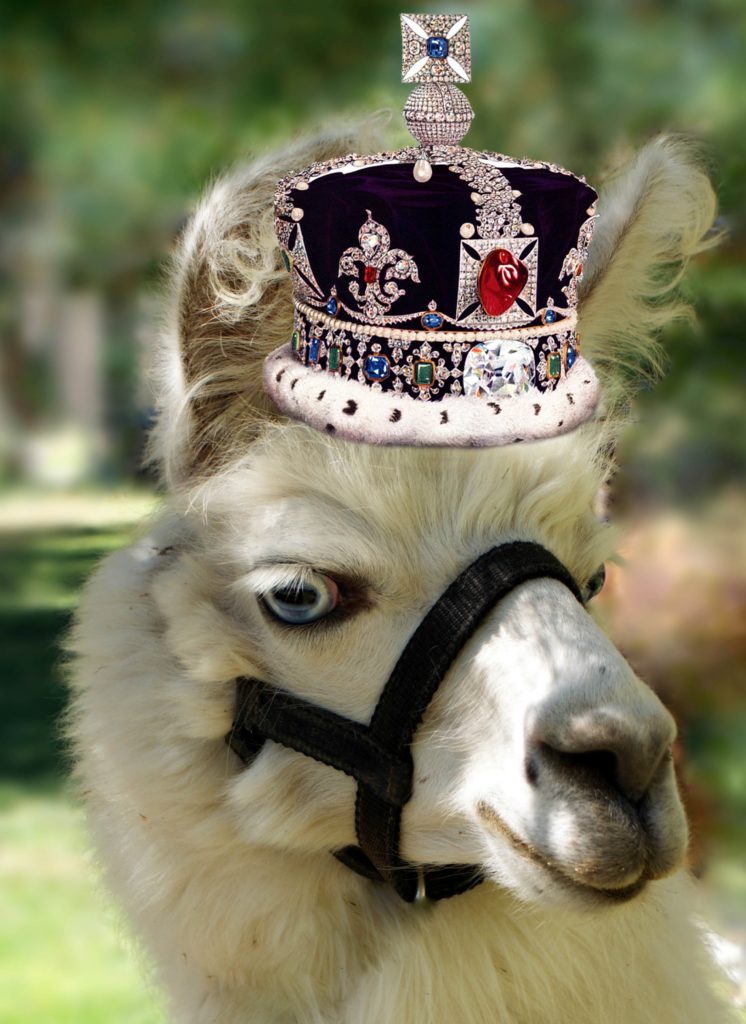 King of the Castle Barn

This regal white llama with mystical blue eyes is truly at the head of his pack. He guards the other llamas day and night, taking only short naps. This dedicated, compassionate pack leader enjoys enlightening others about the benefits of fresh air, daily exercise and natural food. King Dalai Llama appeared in the summer 2018 GameStop TV commercial as a talking llama, with his voice dubbed in by actor Patrick Warburton, who played Kronk in “The Emperor’s New Groove.” 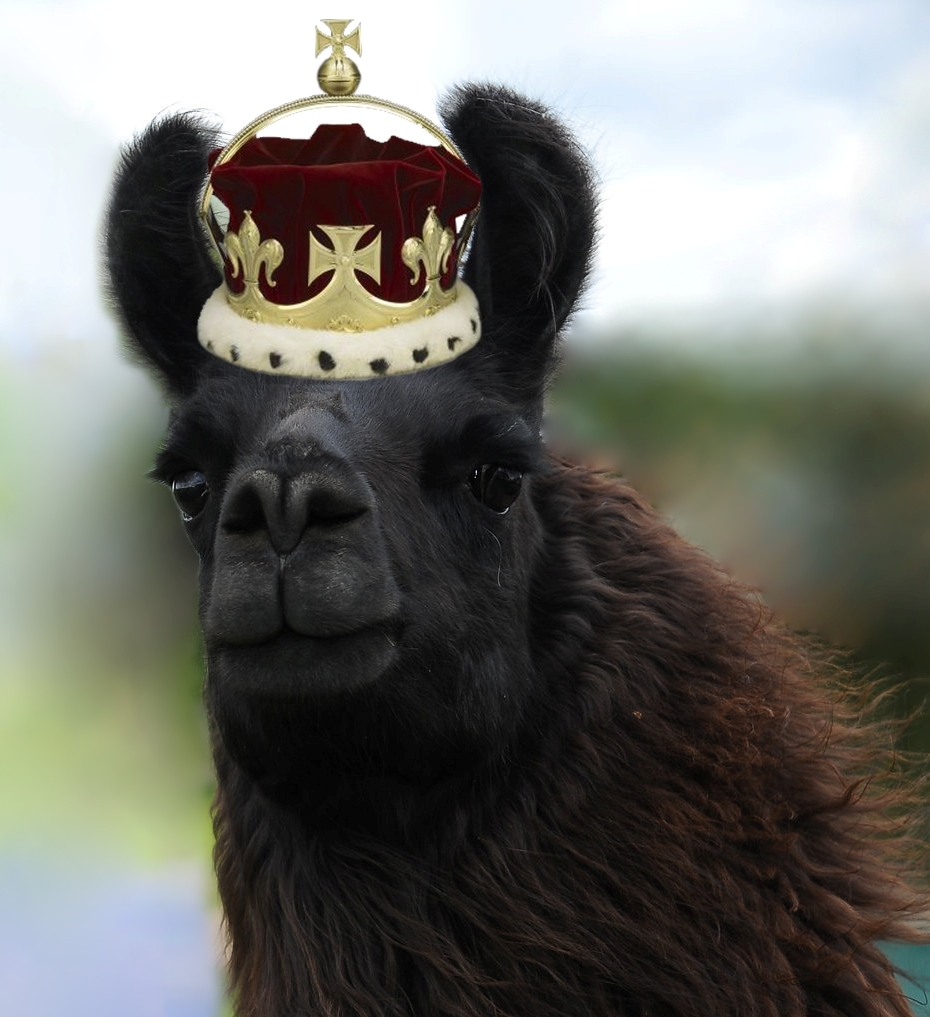 Prince of the Castle Barn

This presidential namesake is second in line to the llama throne. He is not amused when his guests mistake his name for Obama Llama or Osama Llama, though Mama Llama thinks this is funny. Prince Barack O’Llama is working closely with King Dalai Llama to create Universal Hoofcare and to foster positive thinking among two-toed creatures through a campaign they call, “Yes, We Camelids Can!” Prince Barack was awarded the Nobel Pets Prize for extraordinary efforts to strengthen cooperation among Camelidae. 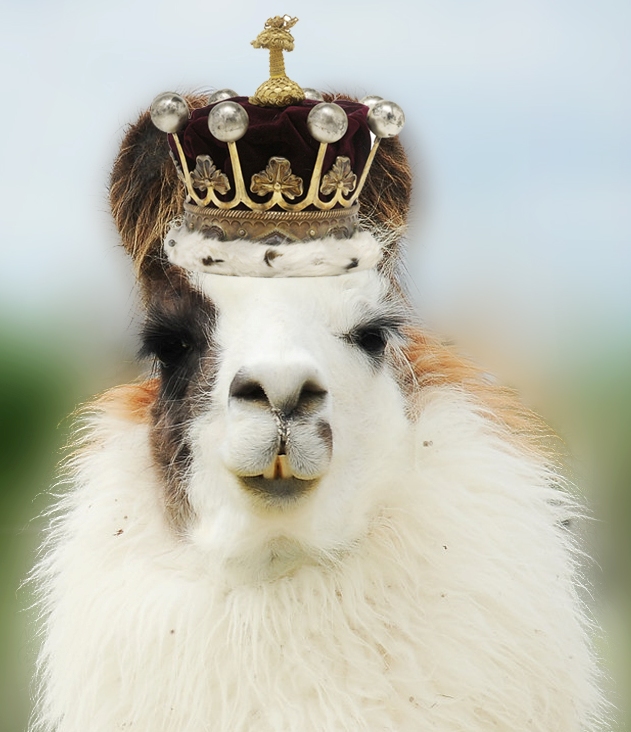 Earl of the Castle Barn

This two-toned, gentle llama is a leader in his own right. He has thrice been awarded the title of Grand National Champion for his outstanding performances in the llama show ring. He enjoys walking down the wedding aisle at Castle Waterford on the grounds of ShangriLlama. Because Earl Bahama Llama has been living the high life, he now needs to go on a diet! King Dalai Llama has been feeding him dietary tips. 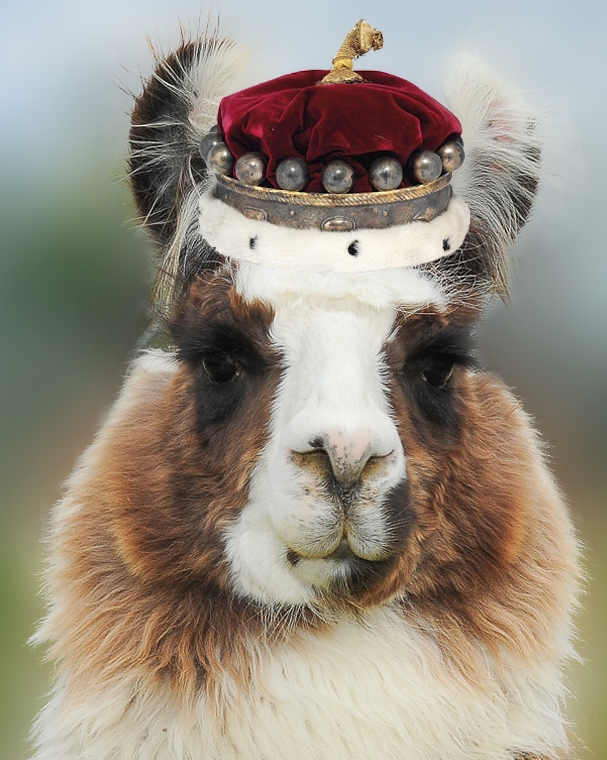 Viscount of the Castle Barn

This jolly young fellow looks like he’s wearing pajamas! Once he launched a pajama product line for people called Llama Pajamas, but he found the manual labor unbecoming of a viscount (pronounced Vie-Count). Now this llama spends his days practicing tricks, in hope of winning grand titles like his stablemate, the Earl Bahama Llama. His tricks include selecting only royal red bean bags from a grouping of yellow and red bean bags, and placing only red ones in a feed bucket. He’d be happy to demonstrate for you! 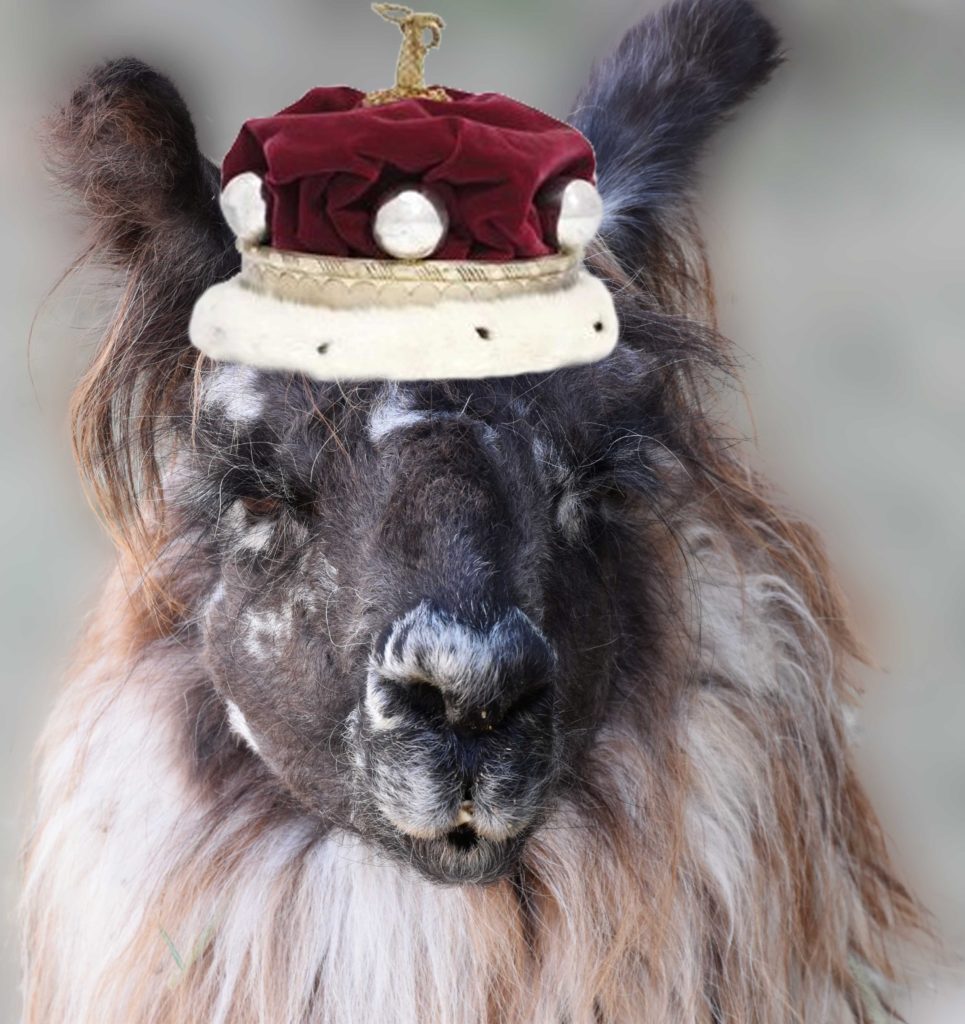 Baron of the Castle Barn

Even though he is sixth in line (like Prince Harry) to the throne, this dashing llama creates quite a stir wherever he goes. He was given the name Drama Llama because of his show-stopping, lion-like mane, Appaloosa coat and merle-patterned face. The baron is rather short and is rumored to be the offspring of a llama father and an alpaca mother. How scandalous! 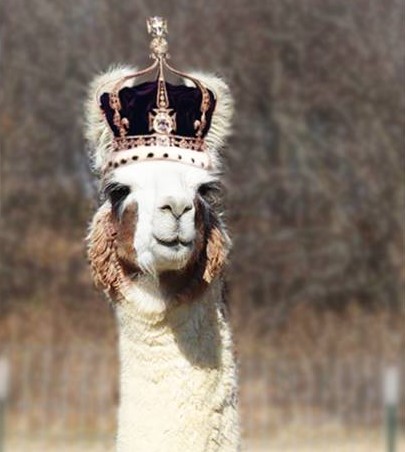 Knight of the Castle Barn

This young knight with soft brown locks has vowed his allegiance to King Dalai Llama. His noble bearing hails from the union of his Peruvian father, Ban, and his Bolivian mother, Elaine, who once lived near the magical, ancient Lake Titicaca. Sir Lance-O-Llama spends many days on quests for the choicest grass in ShangriLlama’s kingdom. During his adventures, he has encountered a beautiful young dam named Guinevere, and another Elaine, who produced a cria called Sir Galahad, a pure white llama, who hopes to visits ShangriLlama one day.

These beautiful, pedigreed llamas love meeting people! Come join them at the castle for a Llama Walk, a Llama Llesson, or for your weddings and special events at ShangriLlama’s new venue, Castle Waterford.

Your visit will be enchanting! 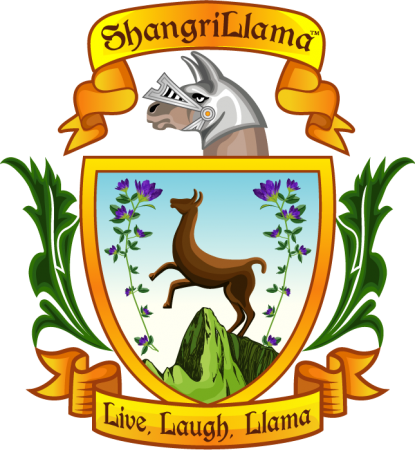